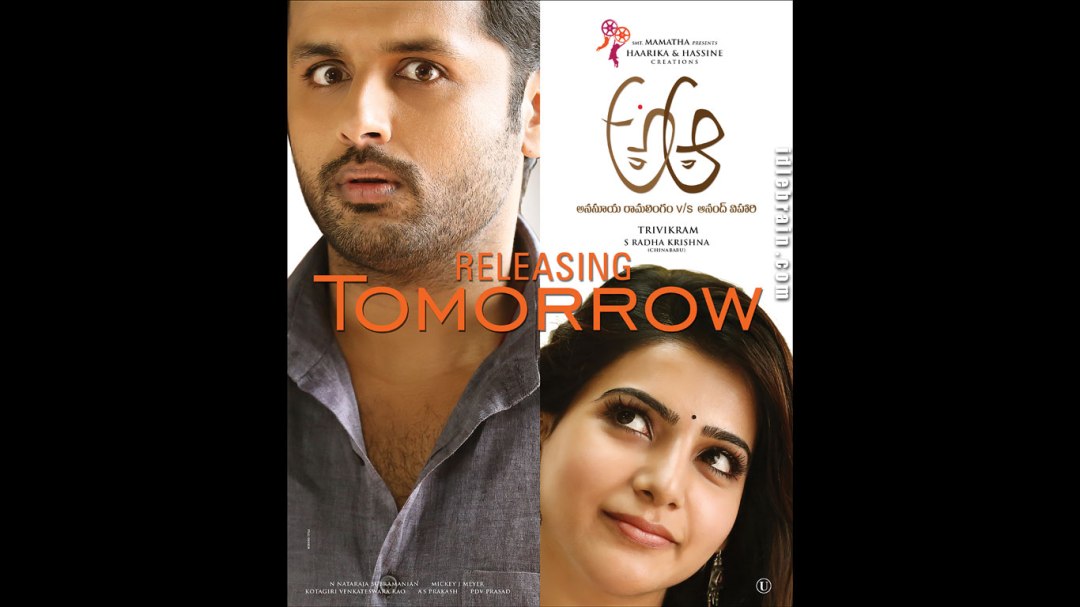 It’s easy to describe when sportsmen perfect a skill. They put in hours of practice and perfect that skill. Like Djokovic shifting to another invisible gear when he finds himself under pressure; like Kohli unleashing cover drive after cover drive regardless of where the ball pitches. How do you then explain Trivikram coming up with movie after movie that adds to the viewing pleasure? It’s not a skill that can be honed with constant practice. It’s not something that others can hope to do.  A lot of it has to do with the dialogues that he writes in his movies.

To compare the predicament of oneself with Biryani and fried rice might seem an inane thing to do. Yet, people do it sometimes. Trivikram too does it and he imparts sense with the most inane of the comparisons at that point. Therein lies the difference between him and others.

There seems to be something with his movies that we don’t get in other movies. From Nuvve Nuvve on, he has donned the hats of writer and director for all his movies. In the 8 movies that he has directed so far, he has laid a seed for thought with every movie.

If you have followed him well, it’s the post mortem of his movies that draws us to him after the movie has released. If he can explain his point of view so succinctly to the audience, imagine how he explains it to the actors in the movie. No wonder that most of the actors come up with winning performances in his movies.

All through his directorial career, he has made the star or the hero in his movies don a different avatar to that of what we have been used to seeing him in. Khaleja, Jalsa, Julayi stand as shining jewels in the respective careers of the heroes regardless of their box office fates.

In A Aa, he waits for sometime before he rolls the credits. They roll when the female protagonist says that though they are so close, it took them about 25 years to meet. When you see the titles roll, you admire Trivikram. Every name has the alphabet ‘A’ highlighted in yellow  and in a font size bigger than the rest of the alphabets. You are allowed to retrospect once the movie ends.

With every movie he tries to teach us something. In this movie, he sings praises of villages and the lifestyle. It is delightful to see Niithin behaving in the character that he was given. But, isn’t it par for course in Trivikram movies? A lot of the talk after the movie released revolved around whether or not the movie was copied/inspired from a novel. It affected them as Trivikram spoke about it at the success meet of the movie.

I haven’t read the book and Trivikram accepted that he discussed the character sketch with the author. Apart from this, I felt that this movie had certain similarities with his debut movie- Nuvve Nuvve. That movie got emotionally heavy towards the end, but in this movie he retains the comic flavour throughout.

Trivikram opens up the story in the train when Naresh, the father of Samantha, asks Niithin not to talk and remind her of death and the trauma. This movie shows us the rarely seen actor in Niithin. He is the one to profit most from the movie. For others, it just reinforces how good performers they are when they are aided by the script. A special mention to Praveen, Hariteja and Srinivas Reddy for their hilarious performances. What can be said about Rao Ramesh that has been left unsaid? He sizzles, more so  when he gets to close the movie.

Verdict: Not the best work of Trivikram, but you can live with some of those dialogues for years